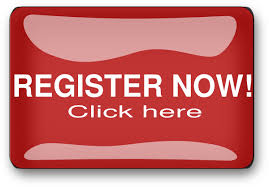 Now that you have set your goals and decided on which conference to attend, You need to get your hands on a brochure. Most conferences will have this information on their website. It will list all of the workshops and programs.

Next post we’ll get into what to do before your one-on-one session with an editor or agent.

Hope you are working on something – happy writing.

“I try to create sympathy for my characters, then turn the monsters loose.” Stephen King

No matter what genre you are writing, I think this is true. Mr. King may literally turn the monsters loose but I believe all writers, no matter what genre, need to torture the characters. Otherwise why would anyone want to continue reading.

Creating characters is fascinating. Whether they are completely fabricated or created piece by piece from real people, kind of like Frankenstein, the choice is up to you. How many of you have been tempted to model a victim or a villain after someone you are not so fond of? I know I have. Even with that seed of someone you know though, my characters tend to become their own people, so those real life templates get buried in the work. How do you create your characters? Do you start with a seed of an idea and write or do you spend time filling out background and bio information? Do you do personality tests on your characters? What is your secret to creating characters?

For more on character – don’t miss this week’s IRN meeting. Leigh Michaels will be speaking about ‘Character Secrets’. Don’t know about you but I can’t wait.

Talk about interesting characters, just finished reading ‘Dark Side’, by Belinda Bauer. I want so much to tell you about this character but it would ruin the book. Just trust me that this is a worthy read, if you like mysteries. It has the feel of Midsomer Murders which is one of my favorite shows. An inspector that no one seems to like but who has moments where I actually did like him. The story is about a village in England where older women are being murdered. They are all burdens to their families so there is the possibility that it could be any of the family members who are doing it. Of course the killer is crazy but they can’t come up with solid clues. Officer Holly is the local police who bumbles his way trying to help. He too has a family member who has become a burden. His young wife has MS and now he spends most of his time worrying about her. Lots of twists and turns and a shocker ending. I did start figuring it out before the end but I still felt satisfied. This author has been added to my list of authors to watch.

Also my friends Sparkle Abbey’s second book in their Pampered Pet mysteries just came out the other day. ‘Get Fluffy’. Plan to get my copy very soon. If you haven’t read the first, ‘Desperate Housedogs’, you need to get moving.

See you Saturday and keep writing!